Zoom is coming to Tesla so you can use Zoom in your Tesla. 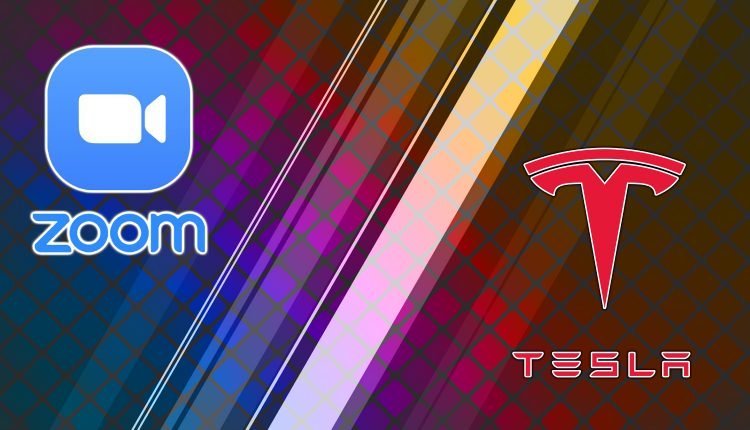 In a traffic jam and waiting for an appointment? It’s fine if you are driving a Tesla then you’ll soon be able to join the Zoom conference directly from your car.

Zoom announced the news at its Zoomtopia 2022 event on Tuesday (via Drive Tesla Canada).
It’s been a long time since the development. In April 2020, a few Tesla customers asked CEO Elon Musk whether the car’s interior camera could also be used to hold a Zoom meeting. Zoom was not entirely against the idea, but Tesla did not respond. However, a month later, Musk stated that video conferences within the confines of a Tesla could be “definitely a future feature.”

Then, Nitasha Walia, Zoom’s Group Product Manager, said that Zoom is coming for “all new Tesla models soon.” A brief demonstration of the feature was demonstrated in action on the Tesla Model Y, apparently showing the cabin camera that sits above the rear-view mirror in use for the first time. The car is charging and parked during the call. If you pay attention, you’ll notice its Zoom call is accessible via the calendar built into the car.

There are still a few questions about Zoom calls within Tesla calls. Based on Zoom’s past remarks regarding safety, it’s highly unlikely that this feature will be available when driving. However, we would like to know if it’ll be available only via Wi-Fi and the availability of Tesla’s Premium Connectivity, which offers more incredible speed at a monthly cost.

This week, Zoom has also revealed a few new features that aren’t related to automobiles, including Zoom Calendar and Mail. With these applications in beta right now, Zoom has become more of an all-in-one platform for managing your schedule and meetings, like Google Workspace. Some notable features include end-to-end encryption when emails are shared to two Zoom Mail Service users and an appointment booking feature that makes it simpler for users to choose the most convenient time for the Zoom meeting.
The company also unveiled Zoom Spots, a “virtual coworking space” to facilitate “free-form, video-first conversations.” The launch is scheduled for early 2023, according to the company.

How Connectivity to the internet is essential for Pakistan.