US Sanctions and China’s Tech Industry in Hot Waters. 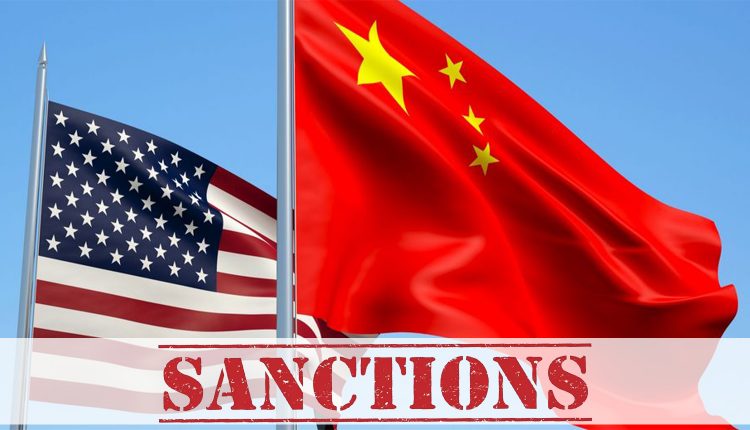 The US is escalating the technological cold war with China through sanctions to control the flow of high-end semiconductors and chips-manufacturing equipment to Beijing.

Washington’s new strategy is an alert to Beijing about the enduring influence of US strength in an increasingly globalized world economy. It also signals a sombre realization that the US isn’t able to win its battle against China simply by speeding up its pace; it should also reduce the supplies and pull Beijing down.

The last month, the Chinese E-Commerce giant, Alibaba, disclosed a new and powerful cloud computing system that was designed to support Artificial Intelligence projects. Alibaba uses it to help its cloud customers to develop algorithms for tasks such as chatbot dialogue as well as video analysis. It was developed with hundreds of processors that were manufactured by US firms Intel as well as Nvidia.

The new, sweeping controls are designed to keep China’s AI industry in the past; in the meantime, other countries like the US, as well as other Western countries, progress. The restrictions also prevent exports of design and chip-making equipment as well as software. They also ban the top silicon factories in the world, which include Taiwan’s TSMC and South Korea’s Samsung, in the production of sophisticated chips for Chinese businesses.

United States is saying to China that AI technologies are the next frontier of technology; we, as well as our partners, are heading there, and you’re not allowed to in,'” says Gregory Allen, head of the AI governance project at the Center for Strategic & International Studies (CSIS), which is a think tank located within Washington, DC.

The tech companies of China, following a massive government crackdown to regulate the sector more strictly after years of uncontrolled growth.

The loss of US chips could seriously reduce the speed of Chinese AI research. China’s largest domestic processor, Semiconductor Manufacturing International Corporation (SMIC), produces chips that are a few generations behind the chips of TSMC, Samsung, and Intel.

SMIC is currently making chips that are part of what’s known as the 14-nanometer generation in chip-making processes. This is a reference to the number of components that can be packed on chips. TSMC and Samsung are, in turn, switched to more advanced 5-nanometer and 3-nanometer manufacturing processes. SMIC recently stated that it is able to make 7-nanometer chips at a low volume.

The ability of any Chinese business to keep up with technological advances in chip manufacturing is hampered due to its lack of access to the ultra-violet lithography equipment that is required to produce chips with components that are smaller than those of the 7-nanometer generation. ASML, the sole manufacturer of ASML located in the Netherlands, has halted exports to China on the instruction from the US government.

Starlink satellite internet will be available for Moving Vehicles in December.

Taco Bell tried to excite customers with a new kind of drive-thru.