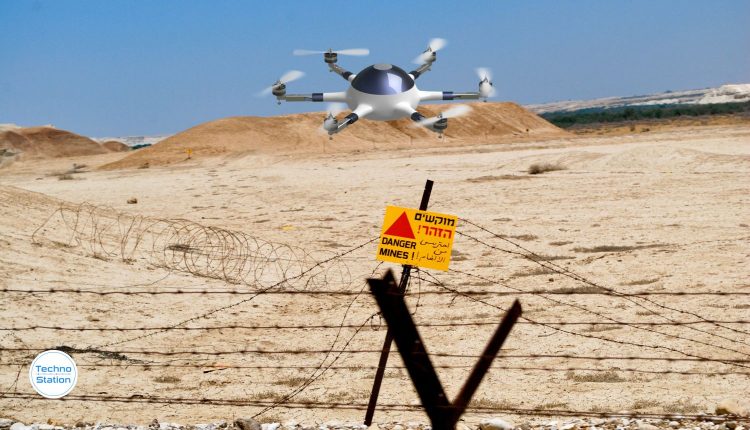 These drones will help detect landmines hidden underground and could possibly help in identifying ways to avoid them. This technology has been developed by a nonprofit company with the use of machine learning. This development could be quite helpful to the ongoing war conflict between Russia-Ukraine.

In 2020, a study was published by researchers on drone usage and how they can be used to detect hidden landmines. The aim of this research was to help identify areas with hidden bombs, thereby avoiding human contact. This paper saw its first practical use recently in Oklahoma, where the study was led by Gabriel Steinberg and Jasper Baur, who has co-founded the Demining Research Community.

In order to ensure no deaths or injuries, landmine grids and munitions were set up by the team to train the drones. The research centered on the use of machine learning to enable the detection of landmines/bombs in a specific area. About 92% accuracy was achieved, which is quite a significant development in contrast to the current manual efforts of demining.

History has shown us the horrific side of what a war can bring on, on any country individually and on the world as a whole. Amongst various mass destruction weapons, landmines, are among the dreadful bombs in the defense systems. The early wars have left behind landmines that are still lying underneath, buried, and waiting to explode, the minute someone steps on it. Landmines have a singular goal – that of destruction! However, there are a few technological developments that aim at removing these landmines of which are these drones. They can be developed not just as weapons but also as surveillance tech. These drones are definitely the future!

Buildings and apartment complexes are designed sustainably by a Hong Kong architecture firm.