This October, the Ikea Swedish House Mafia Vinyl Record Player will be available. 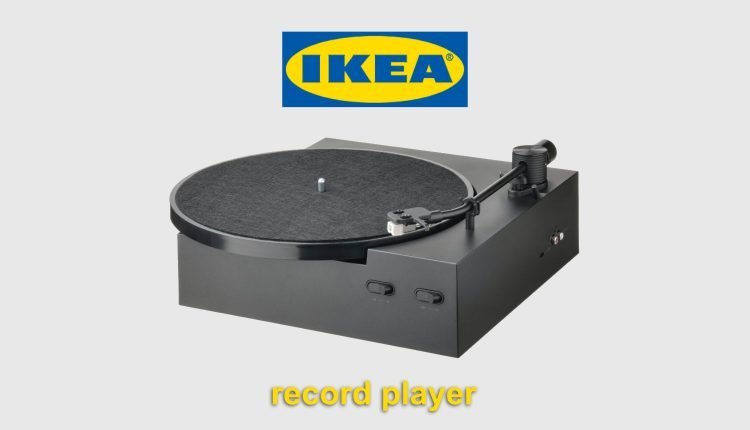 Ikea will launch a vinyl record player in October. The home retailer introduced this turntable in June. The OBEGRANSAD collection will be launched in partnership with the Swedish House Mafia supergroup. Ikea showcased this device during the 2022 Milan Design Week when it was holding Ikea Festival. According to the retailer, the vinyl player will be available in the stores at the start of October this year. Customers will be able to buy this turntable that is being launched in collaboration with this supergroup.

Ikea provided more information about this turntable. It said the device is an excellent way to experience the joy of listening to vinyl records. The system has a minimalist sleek design and comes in all-black. It is part of the Obegransad collection. The record player has been given a modern look. It incorporates some latest features like a USB-C connection. It is compatible with Bluetooth and supports Bluetooth speakers.

The retailer is launching this turntable under the Obegransad collection in partnership with the company Swedish House Mafia. The newly introduced items include this minimalist and sleek record player, an armchair, and a desk. All these items have a minimalist all-black design. The turntable matches the minimalist look of the other two items and has a dark vibe.

The Obegransad collection will become available at the start of this fall. The retailer announced it last June and now it will be available across its retail stores. At the same time, an exact date for the release of this upcoming collection has not been provided. However, it is likely to be launched this October. The Obegransad vinyl turntable from Ikea will sell for $159.99 when it becomes available next month.

Biden Makes Another General Call to “Reform” the Most Important Law for the Internet.

Less than 60-second Instagram Stories are no longer segmented into clips.