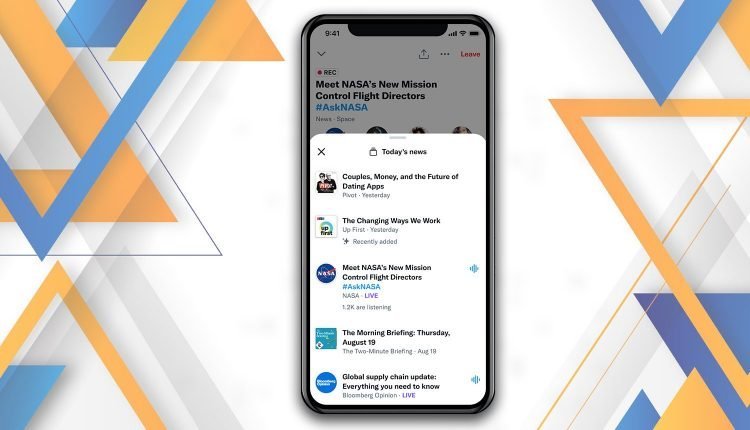 Twitter in 2020 announced Twitter Spaces, a platform that helps users host audio rooms. They can join other rooms as well. Since then, many new features have been added to the Spaces. Users can record a session for listening to it later. Twitter is updating Spaces to make it a fully podcast platform. It announced this news on Thursday. The evidence of upcoming podcasts was clear in March. Now the company has confirmed how its users can find popular podcasts on Twitter.

Podcasts will integrate with Spaces. The tab of Spaces will be redesigned to allow users to find recorded and live Spaces based on their favorite topics. The redesigned tab of Spaces will show podcasts as well. Users can filter different shows by topics like news, sports, and music. Twitter said its internal research shows 45% of its users listen to podcasts. The company hopes this new podcast feature will make users spend extra time on this social network.

Twitter says the new tab of Spaces will offer a more personalized experience. Users can check content based on the topic and their interests. They can give the content a thumbs up or down vote. That will allow Twitter to refine podcast suggestions. The new design launches On August 25, it will integrate podcasts with Twitter. The company said it understands why some discussions require over 280 characters. Its goal is to bring its users closer to the content, creators, and ideas they like. It also informed about its plans to improve other channels, such as Notes and newsletters.

Indian authorities are thinking about banning Chinese phones under Rs. 12,000 in price.

With a single yank, Corsair’s new gaming screen can be changed from flat to curved.