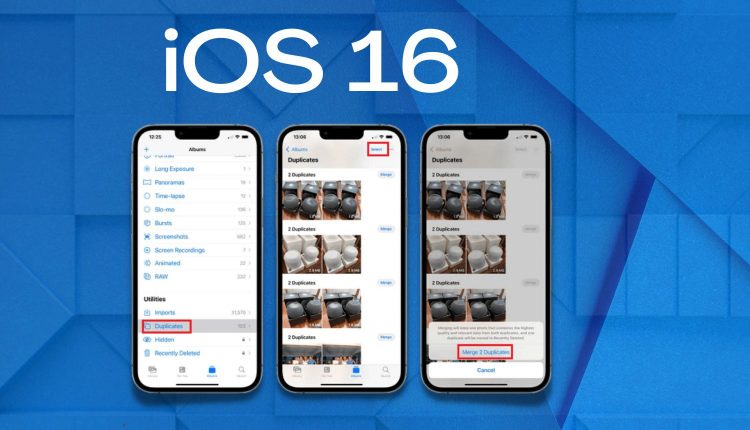 The iOS operating system is constantly updated to make it easier to manage some features on the phone. The current version, the iOS 16 is all set up to help users track and purge duplicate images in the Photo Library. Users don’t need to use apps offered by third parties to carry out this task anymore.

The Photos application on an iPhone now detects duplicate images automatically and sets up a collated version. This makes it easy for the user to check and delete duplicates. How does this work? Apple added a new album titled Duplicates in the Photo App’s Utilities Section. Users can access this by tapping on the Albums section and scrolling. (Keep in mind that you will find this album only if there are duplicate images on the phone.)

When you access the album, you will see all duplicate images listed by date and a Merge button beside the set. Users can tap on the button to merge duplicates with the original photo. If the photos are very similar, the Merge feature will retain the image with the best details and create a great image. That way, users will have images with the nest resolution and be able to use them at a later date. Users also have the option of deleting duplicate images by tapping on the trash icon.

This feature is made available to users once they update their software to the iOS 16 version. Once this is done, the software scans for duplicates continuously and helps with keeping or trashing them. Duplicate images may not appear right away after an installation.

Three Need to Know Questions About the iPhone SE 4.