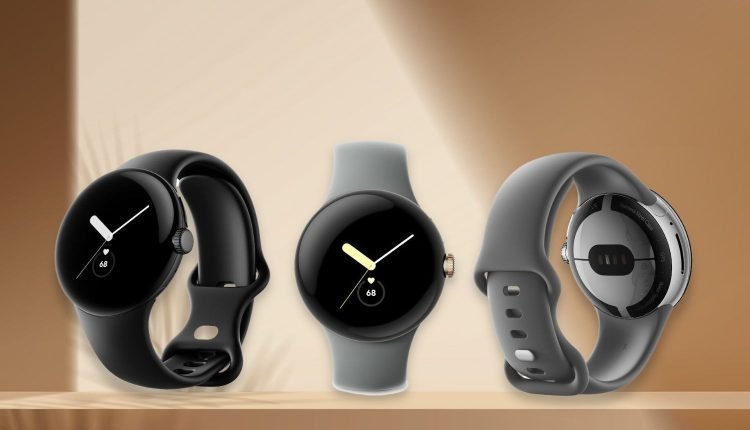 The search giant Google is slated to launch its Pixel Watch in just some days’ time. Google first revealed the existence of this product in May this year.

The search giant will showcase its lineup of Pixel 7 in the big Pixel event. Google is likely to flaunt its maiden flagship smartwatch at the event as well. Speculations and leaks have offered some cues about the specifications and features of its Pixel Watch. However, the latest leaks appear to be pretty intriguing.

It looks like a listing on Amazon for the product went live in Germany. According to reports, the new watch is slated to start its sale after the October 6 event of Google.

The so-called leaked pictures offer an idea about some of the faces of Google’s Pixel Watch. Some of the features could be a watch face in analog-style. The watch face might include the heart rate of the wearer, the spelling of time, and artistic landscape designs.

For the uninitiated, the watch might be available in silicone band styles with the following choice of colors:

There are 3 braided alternatives in black, green, and orange as the leaked pictures suggest. It also appears that the search giant has plants to come with 2 distinct leather band styles apart from a classy set in silver, black, and orange. There is also a rugged-looking band pair in green and black.

A set of pictures also show off some other features of Google’s Pixel Watch. These include emergency calling, ECG reading, and Fitbit integration.

Epson To Stop Producing Laser Printers By 2026 Due To Environmental Concerns.