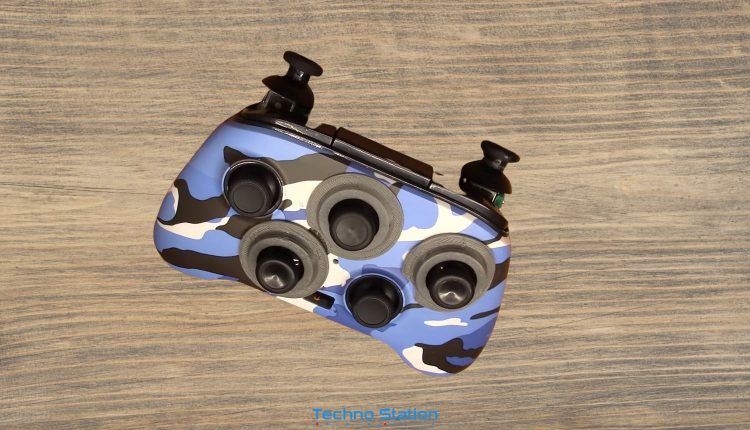 In gaming, every person has individual choices in terms of the gaming hardware they use. A few prefer the arcade sticks whereas a few would opt for the small gamepads. Years have passed, yet the discourse between the joystick layouts (symmetrical and asymmetrical layouts) will never end. However, there’s one thing that all would agree on – every single button replaced by a controller with analog sticks.

From the time console gaming has been launched, an integral part of them is the joysticks. When it comes to gaming while lounging on the sofa, the gamepad is quite dominant. The very first console to launch the small analog joystick was the Nintendo 64, followed by PlayStation’s Sony DualShock with two analog sticks. Though the positioning of these sticks on a controller remains indecisive, we seem to be quite satisfied with two analog sticks, or are we not?

This is exactly the question being put forward by a talented hardware hacker on YouTube. Their new video on the new Xbox One Controller (highly customized) has about 7 analog joysticks! It’s totally cursed, yet totally functional too!

Along with the standard joystick pair in the controller, this controller’s D-pad has been replaced with a joystick! Every single face button is replaced with the stick – be it the 4 action buttons or shoulder buttons. Hence, in order to press any key, the joystick has to be pushed in either of the 4 directions. The mod needed plenty of soldering, and also strategic scraping off some of the sensor material to ensure the joysticks wouldn’t record an input whenever it’s in the center position. The case also went through quite a few modifications to create sufficient spacing for the joysticks. The final creation is quite professional-looking, but is definitely a nightmare to play games! Even the simplest of things appear to be complicated, such as navigating the settings menu. This is one such experiment that is better avoided!