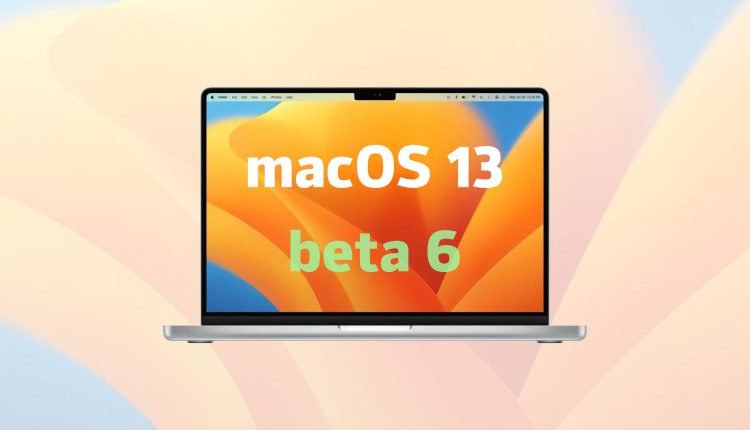 On August 25, Apple seeded macOS 13 Ventura’s 6th beta. It is the Mac operating system’s next-generation version, which is supposed to be released this fall. Interestingly, the 6th beta comes just over a fortnight after the company shared the 5th beta with developers.

Those who have enrolled themselves in the test program can pick up the most recent betas through the Apple Developer Center. Typically, public betas are shared within some days of the developer versions. They appear through the website called Apple Beta Software Program.

The new beta replaces the 5th, which came out on August 8. Incidentally, Apple introduced the 4th beta on July 22. The first one arrived on June 6 followed by the 2nd developer beta on June 22. The 3rd developer beta landed on July 6.

The final version will land this fall apart from other OS releases. macOS adds a new feature in Stage Manager, which enables Mac users to concentrate on a particular task and other apps can be kept ready for hassle-free swapping between tasks.

Additionally, the update introduces Continuity Camera, a feature that lets the users use their iPhones as a web camera for their Macs. The feature supports Studio Light, Desk View, and Center Stage.

Handoff is available for FaceTime now to enable the transfer of calls between Mac, iPad, and iPhone if they want to. Meanwhile, messages support new features to mark an iMessage to un-send and unread an iMessage and mark it as unread. Plus, SharePlay functions in the Messages app now.

Loyal Users Can Now Upgrade to Ubuntu 22.04 Point Release After a Gripe-Inducing…