After purchasing Platoon for Artists in 2018, Apple released a new app. 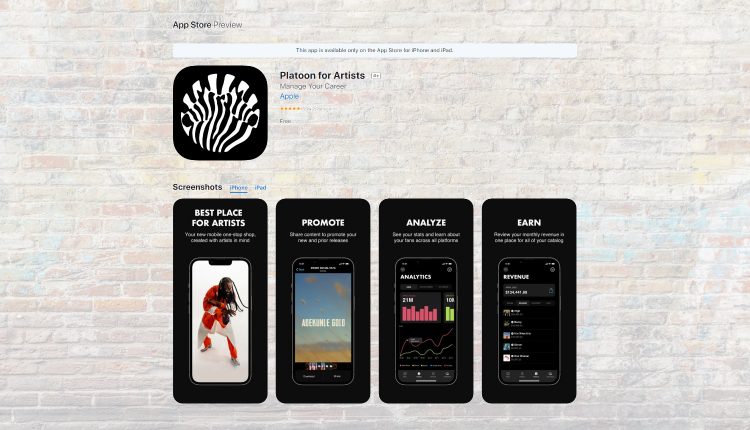 Apple in 2018 acquired Platoon startup operating in the music industry. After four years, it launched the new app “Platoon for Artists” on its App Store. According to Apple, the app will provide support to upcoming artists. It will help them manage their music career with supporting tools like reporting features, social tracking, and others.

Platoon has been focused on unsigned artists in the early stage of their careers. For example, Billie Eilish had worked with it. In 2017, she started working with Interscope. Apple took control of Platoon which is described in the music industry as a record brand even though it is not.

The app launched by Apple now is not listed on its App Store and requires a direct link to download. It is not clear how long Apple will maintain it unlisted and unavailable for other users.

Those who download this app are asked to first log in with their login information from Apple or Google. This can be done only by those who have a Platoon account. For other people, it is presently only an invite-only app.

Apple describes this app as a platform where artists can manage their careers. They can manage and stream their content. It will help them in revenue generation. Artists can share their content and promote their new and early releases. They can see the statistics related to their fans across different platforms. The app lets them earn and review their monthly revenue.

Why it matters: OpenAI is lowering the cost of the GPT-3 API.